New openings in New York: the returns of Century 21

Tell us the truth, you also shed a tear when the colossal Century 21 closed its doors during the infamous 2020?!

Here is the grand news everyone has been waiting for, between new opening’s in New York the perfect New Yorker store returns for excellence. You will still have to wait a little longer for the opening of the beloved mall with amazing sales, planned for spring of 2023 in the original location close to the World Trade Center.

A must see meta for the “shop till you drop“ tourists, the store will return to occupying the 22 Cortland St. space.

Out of all the suggestions they will find clothing on sale for men, women and kids besides obviously footwear, outerwear, bags, accessories, and fragrances.

The store that is considered by most as alternative fashion, was made sacred by the show Sex & The City. Remember the phone call between Carrie and Mister Big while Sarah Jessica Parker had the intent of picking a nice summer dress to wear out. Calm down, no one remembers the words, but the store mentioned by the protagonist yes; obviously Century 21! Speaking of do any of you know where to buy the outfit and accessories the actors wear in the series? Find them here! 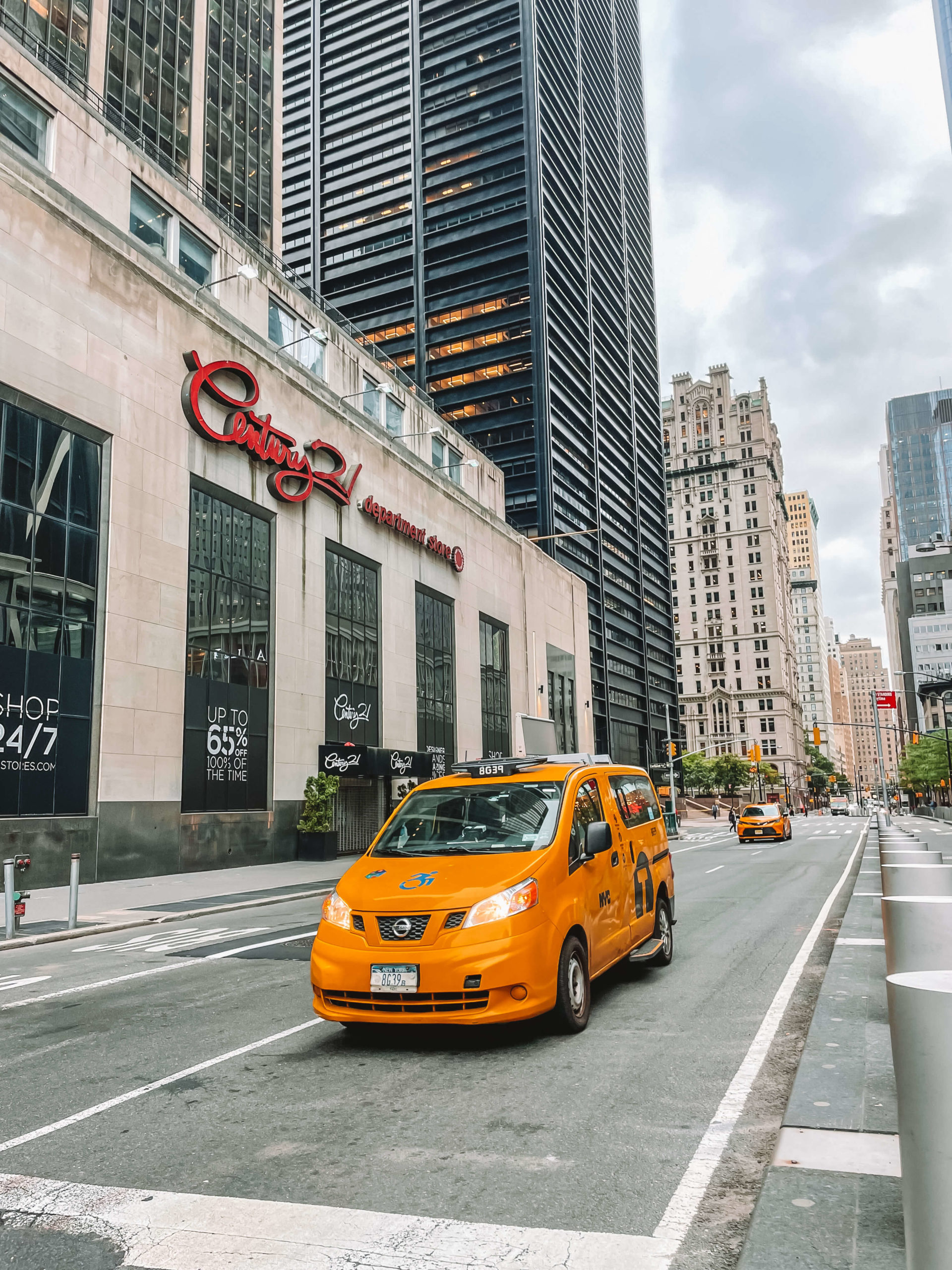 The chain of shopping centers at the risk of familiarity started in 1961 in Brooklyn, offering to the shoppers design brands for affordable prices.
New openings in New York have gone tail to tail in these past years, at its peak Century 21 had 13 stores on the west coast. From New York to Florida it employed 1,400 people total.
In September of 2020, society was forced to close its stores and proclaim bankruptcy. The cause? The dued pay of around 175 millions of dollars on the insurance agency’s part. They say Century 21 didn’t have the funds to reimburse against the paused production, others  “police have  exclusions specifically to pandemics, overcoming the virus.”
Unfortunately the heavy expenses of the rentals have been some of the highest causes of the disappearance of many activities during the pandemic. Manhattan has seen the closure of the historical stores and famous restaurants  that weren’t able to sustain themselves with the unmanageable expenses.
We cold say that the return of Century 21 is a real estate deal, it’s difficult to keep repeating the new openings in New York.  The Gindi family, owners of Century 21, also owns the areas in which the store will be returning too. There is a sort of unpredictability when speaking of the retail stores in Manhattan. 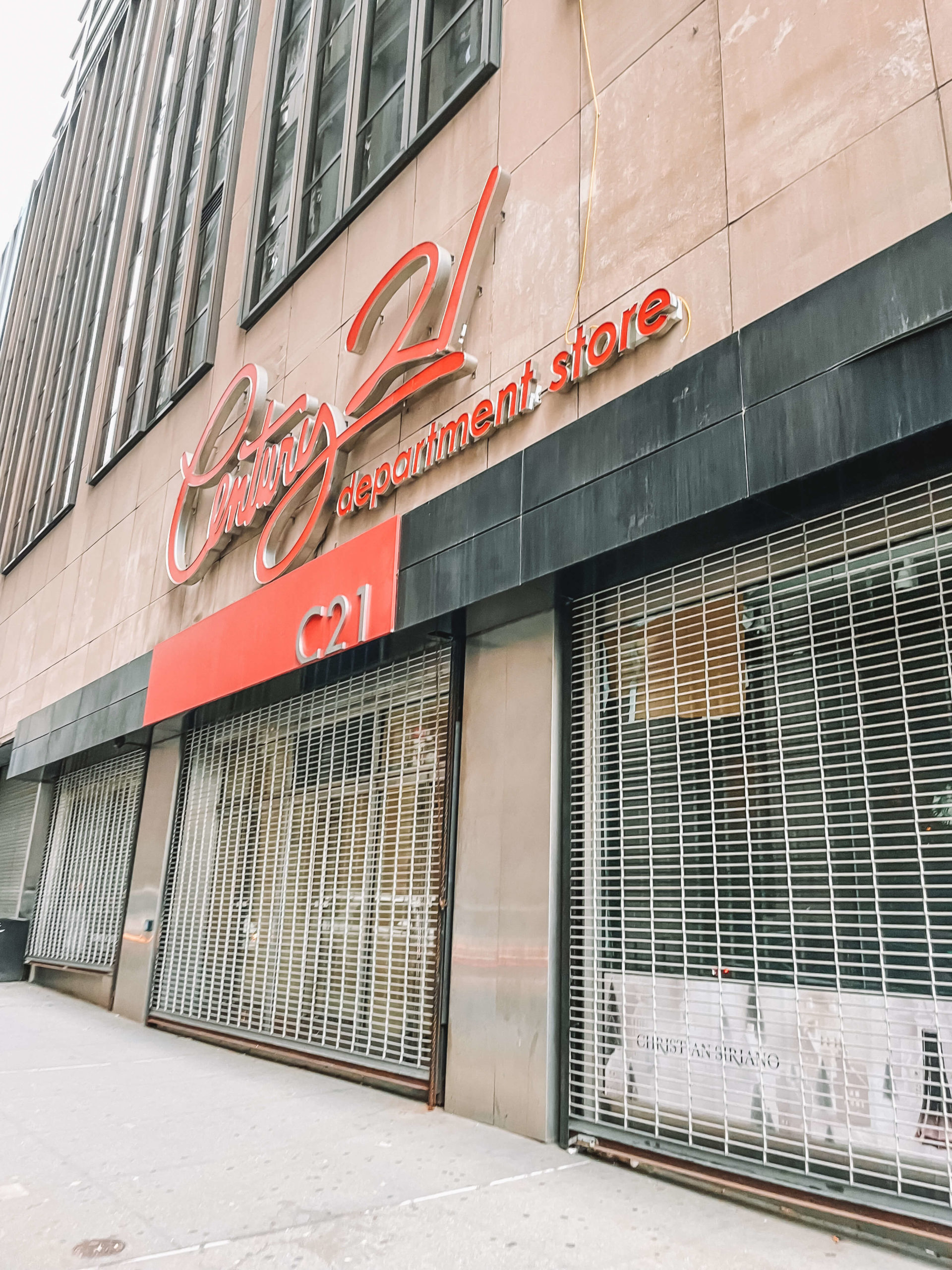 During the bankruptcy, the Gindi family along with a private investor, had repurchased the rights to the company for 9 million dollars.
The struggle and partnership of Century 21 and the society of experience “legends” to reaper at the only location in the heart of Manhattan.
Legends, handles all the sales to the public and to the locations of yankee stadium and one world observatory, that will create an opportunity for e-commerce for businesses. now four floors instead of the once seven  to create an easier  shopping experience for the returning customers. The new smaller size of the store will help create a stranger online presence for century 21.
This way the store remains in competition with the trends that are constantly changing whilst in trying to survive in the jungle of new stores in New York. To everyone’s benefit the store keeps its original concept of low price for quality items. The iconic store is changing its logo to include “NYC” to emphasize its roots in the big apple.

The Gindi family has given the public news of the reopening through a press release:
“Century 21 will be reopening first and foremost at the brands original downtown location on 22 Cortland street”
We are excited about the news, and can’t wait to come home with one of the many offers the new and improved Century 21 has to offer.
New openings in New York that help us return to normality.
Post Views: 145
Uncategorized